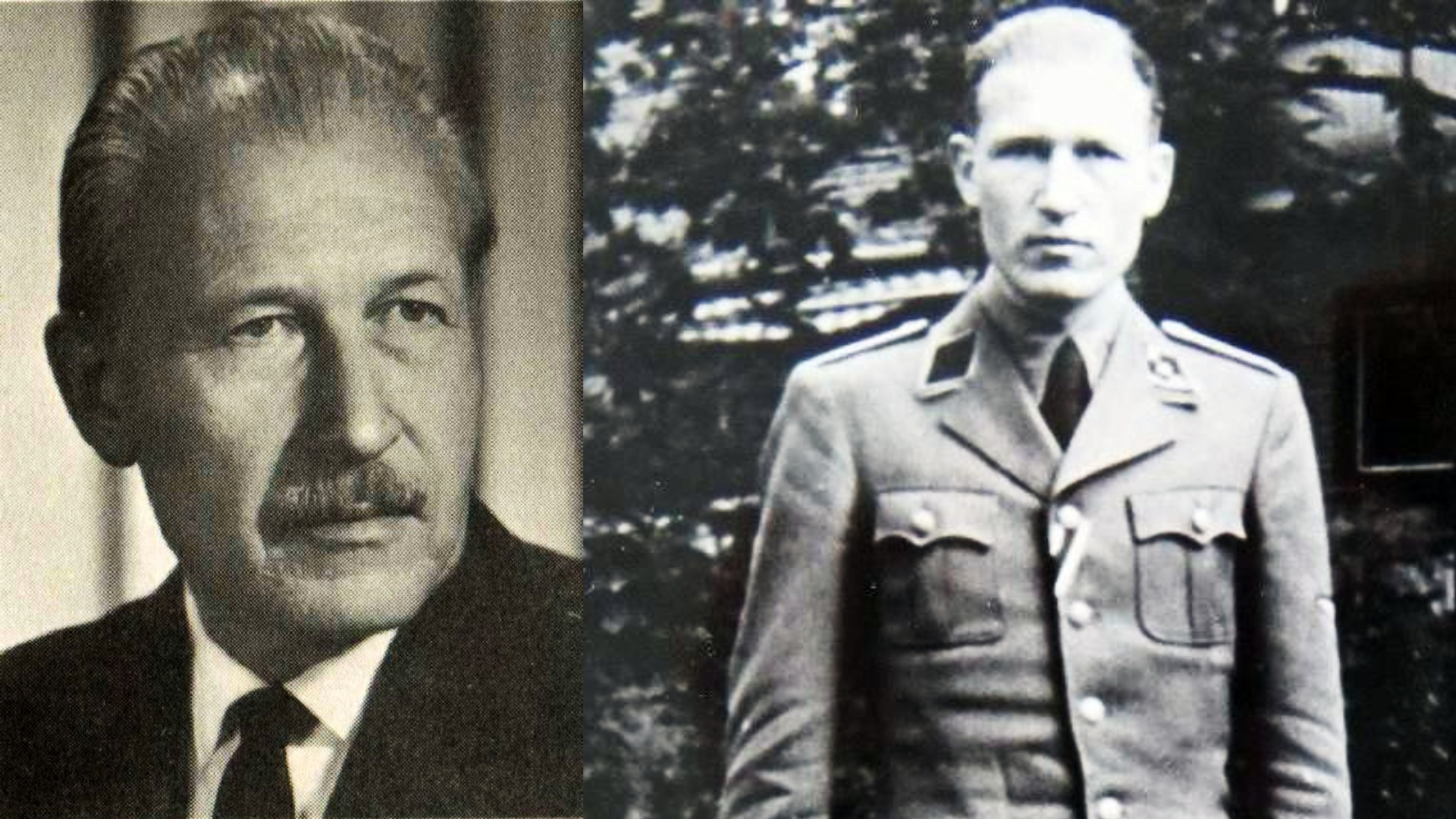 By Eric Pace, in The New York Times

Hans Schwerte, an authority on literary history who admitted in 1995 that under another name he had been an SS officer, died on Dec. 18 in a retirement home in Marquartstein, Germany. He was 90. His death was announced by the Aachen Technical University.

By the time that he acknowledged his SS role under his original name, Hans-Ernst Schneider, Dr. Schwerte had retired as a professor at the university, where he was rector from 1970 to 1973, and had received a high German decoration for his postwar contributions to German scholarship.

He described his role in a letter to academic authorities in Aachen after anonymous phone calls and letters had threatened to reveal his identity, he said.

Another reason for the disclosure was that Dutch television was about to broadcast an investigation of Dr. Schwerte’s SS activities in the Netherlands. His rank was the equivalent of army captain.

Dr. Schwerte, who had a reputation as a liberal in politics, denied having taken part in atrocities that involved experiments on inmates of concentration camps.

In 1995, he gave an interview to a reporter for The New York Times at a time when he had been accused of having helped to procure medical equipment — microscopes, centrifuges and crucibles — used for so-called scientific experiments in the Dachau camp. As Hans-Ernst Schneider, records indicated, he was also on the personal staff of Heinrich Himmler, the head of the SS and the Gestapo.

In the interview, he said the order to obtain the equipment ”probably came across my desk as an administrative matter,” adding: ”But I never took part in any medical matters. I never went to a concentration camp. I had nothing to do with it.”

After Dr. Schwerte had acknowledged his SS role, Simon Wiesenthal, the Nazi hunter who had made fruitless inquiries about his past, said in an interview, ”There are many Schwertes in other fields, but the fact that he could become the rector of a university is unique.”

After the confession, Dr. Schwerte was stripped of his Federal Service Cross and title of professor.

In discussing his hidden years, Dr. Schwerte depicted himself as a victim of persecution and circumstance. He said he had taken a new identity to obtain employment, not to hide wartime misdeeds.

When he was interviewed in 1995, he denied having committed war crimes while in the SS. ”I wore that uniform,” he said. ”But I never committed a crime in that uniform. My work was purely academic.”

No charges were ever brought against him.

According to the Jewish Telegraphic Agency, Dr. Schwerte was born in Konigsberg, the German city that is now Kaliningrad, Russia. A Munich newspaper, The Suddeutsche Zeitung, said that five months after World War II had ended in Europe, Dr. Schwerte’s wife reported that he had died. The newspaper said she had remarried him under the name Hans Schwerte, saying he was her brother-in-law. Other painstaking steps were taken to establish the new identity.

His wife, Annemarie, survives him.

Jeffrey Richards, an American academic who identified Dr. Schwerte as Hans-Ernst Schneider in a letter to Mr. Wiesenthal in 1992, said wartime records at the Berlin Document Center showed that Mr. Schneider had been sent on SS ”special missions” to Poland, Latvia and the Netherlands before becoming editor of an SS propaganda publication in Berlin.