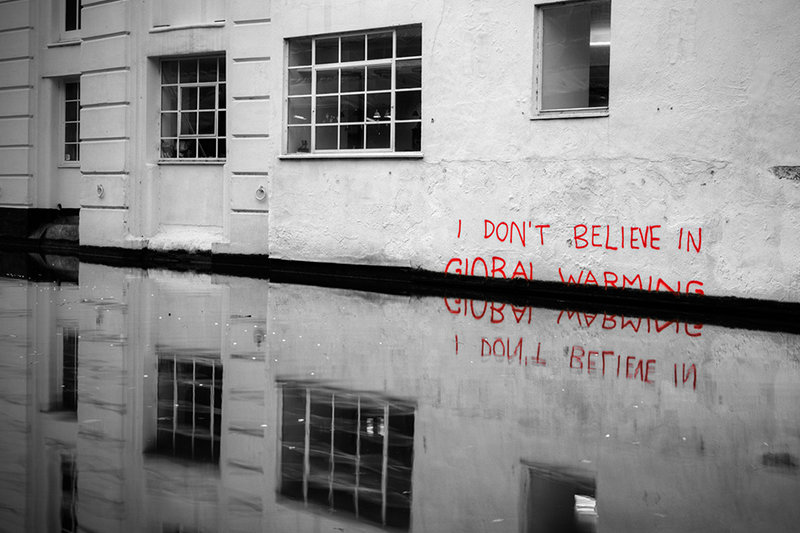 It was a welcome and interesting change. During the first weeks of the corona crisis, all of the sudden scientists were once again a beacon of authority doubted by almost no-one, and tv news was followed much more faithfully than it had been for a long time. But it was also a short-lived change, since the start of the debate about exit strategies also meant the end of this renewed trust. And thus we not only succumbed to old economic and consumer habits, but our understanding of truth also swung back and forth between the old and the new normal.

Since 2016, the year of the Brexit referendum and the election of Donald Trump, we live in a so-called  ‘post-truth society’. This society is characterized by a pervasive indifference with regard to ‘objectivity’ and ‘factual truth’. Post-truthers display their own indifference by first spouting all kinds of ungrounded claims and promises, and then taking no responsibility whatsoever when these are debunked. Although the entire world saw that Trump lied about the attendance at his inauguration, his counselor claimed to have access to ‘alternative facts’. During his victory interview Brexiteer Nigel Farage casually dismissed the central promise of the Leave campaign that European tax payments would be reinvested in the national health care system (NHS). In the meantime in Belgium we also have a tradition of bold or checkered political claims that turn out to be ‘just a joke’ the next day. Those who don’t care about the truth, are immune to fact checks.

Post-truthers also install this indifference among the population by consistently undermining the credibility of the traditional ‘gatekeepers of truth’: scientists, journalists, and judges. Brexiteer Michael Gove boldly stated that “the people of this country have had enough of experts”, and Trump’s criticism of partisan judges and especially the “dishonest mainstream media” was eagerly adopted by our Franckens (N-VA) and Van Langenhoves (VB). If there’s no expertise, there are no more standards for objectivity, which means that everyone can claim whatever they want.

A monopoly of scientific truth?

Against this backdrop it is remarkable that during the recent lockdown phase (Spring 2020, red.) suddenly the utmost respect reigned for scientific facts and expertise. Virologists and epidemiologists not only de facto determined national policy, they were also charged with explaining and defending the drastic political decisions to the larger public. Most people accepted their scientific authority even when Marc van Ranst or Erika Vlieghe openly acknowledged the uncertainty of their insights and predictions. Politicians and civilians alike rallied, without much complaining, behind scientific  data and models that put an entire society on hold.

However, as soon as the exit phase came within sight, these models came under attack. On the one hand, plenty of conspiracy theories went viral: about 5G, about Bill Gates, and of course about vaccinations and the pharmaceutical industry. On the other hand, scientific truth was once again countered by other truths that had remained silent but now reclaimed their voice: political, economic, and socio-psychological truths. Or: the truth of the entrepreneur, the teacher, the artist, the child, the student, and the elderly.

Clearly a monopoly of scientific truth was not realistic after all. Nor is it desirable.  Technocracy, a government of experts, should not replace the democratic decision-making process. And our society is not truly livable when economic and subjective truth are not taken into consideration as well. While science figures out what is true, politics discusses what truly matters, the economy determines what things are worth, and the individual strives for a truthful interaction with all of this. Religion and art, in turn, attempt to catch a glimpse of the Truth.

The corona crisis shows, then, that we are not at all post truth. We rather live in a time of outspoken truth pluralism.

This is no plea for a relativism which claims that ‘everyone has their own truth’. No society can function without objective structures (e.g. the university, the parliament, the market, the court) that allow subjective, lived truths to be heard but that also channels them. Let’s not advocate taking conspiracy theories seriously either. In many cases these theories do not even originate with critical, concerned, civilians, but are manufactured by economic and political interest groups that aim to derail the public debate. Truth pluralism does not undermine scientific truth. Rather, it acknowledges that we employ multiple kinds of truth in our personal and public lives – knowledge of facts, ideological certainties, lived experience – each of which has its own legitimate domain of use.

Technocrats and neoliberal politicians who reduce all truth to scientific or economic truth (since ‘There is no alternative!’) deny this plurality. Post-truth politicians and internet trolls abuse it in order to cast doubt on the possibility of objective truth. The corona crisis teaches us that this plurality should actually be cherished.