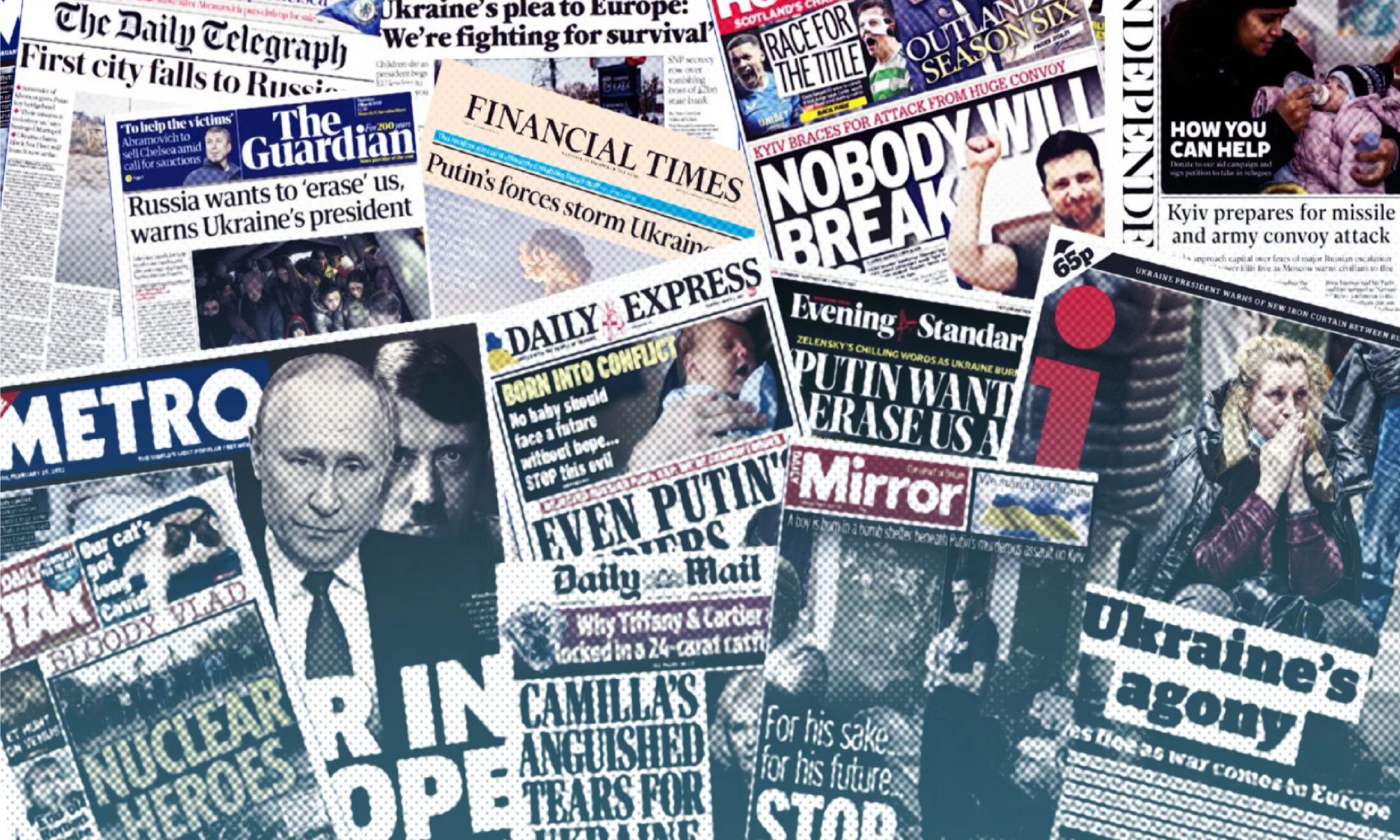 Every modern war is fought on two fronts. First and foremost, there is the physical battlefield, which is the place of territorialization and material destruction. But there is also the spiritual battlefield where battles are fought through territorialization not of extended space, but of consciousness. Such is the task of propaganda: the dissemination of information and images among the troops and the people, with the intention of distorting the way they look at reality in order to attain a desired effect. When Russia invaded Ukraine on 24 February 2022, what was a war in the physical realm became through propaganda a ‘special military operation’ to ‘liberate Donbas’ and ‘de-nazify Ukraine’. Russian state media were immediately geared towards a flood of information and images that justified the invasion as an act of necessity and ceaselessly reported on its successes. Any event involving a violation of international law on part of Russia was ‘debunked’ by the Russian administration as disinformation and lies; if footage depicted dead Ukrainian civilians scattered on the streets as a result of indiscriminate Russian attacks, their corpses were denounced as ‘staged’. Putin’s troll farms, as described by Peter Pomerantsev in This is Not Propaganda, were engaged on social media to spread confusion and misinformation. Following the instructions of the Ministry of Enlightenment,  the curriculum of Russian schools was modified to incorporate patriotism and justification of Russian aggression. This aligned with a series of educational reforms which had begun before the invasion and aimed at an elimination of Ukrainian identity in occupied territories. All these manifestations of propaganda—inversion of accusation, discrediting information, education, and so on—are organized by a consistent narrative which establishes the ‘special military operation’ as an inevitable response to Ukrainian separatists ‘exterminating’ millions of Russian residents and stimulating the expansion of NATO towards Russian territory. As Putin put it in his speech, which he delivered on the day of the invasion, Ukrainian separatism is a product of a corrupted government that after eight years did not accept Russia’s ‘endless attempts’ to “settle the situation by peaceful political means”.