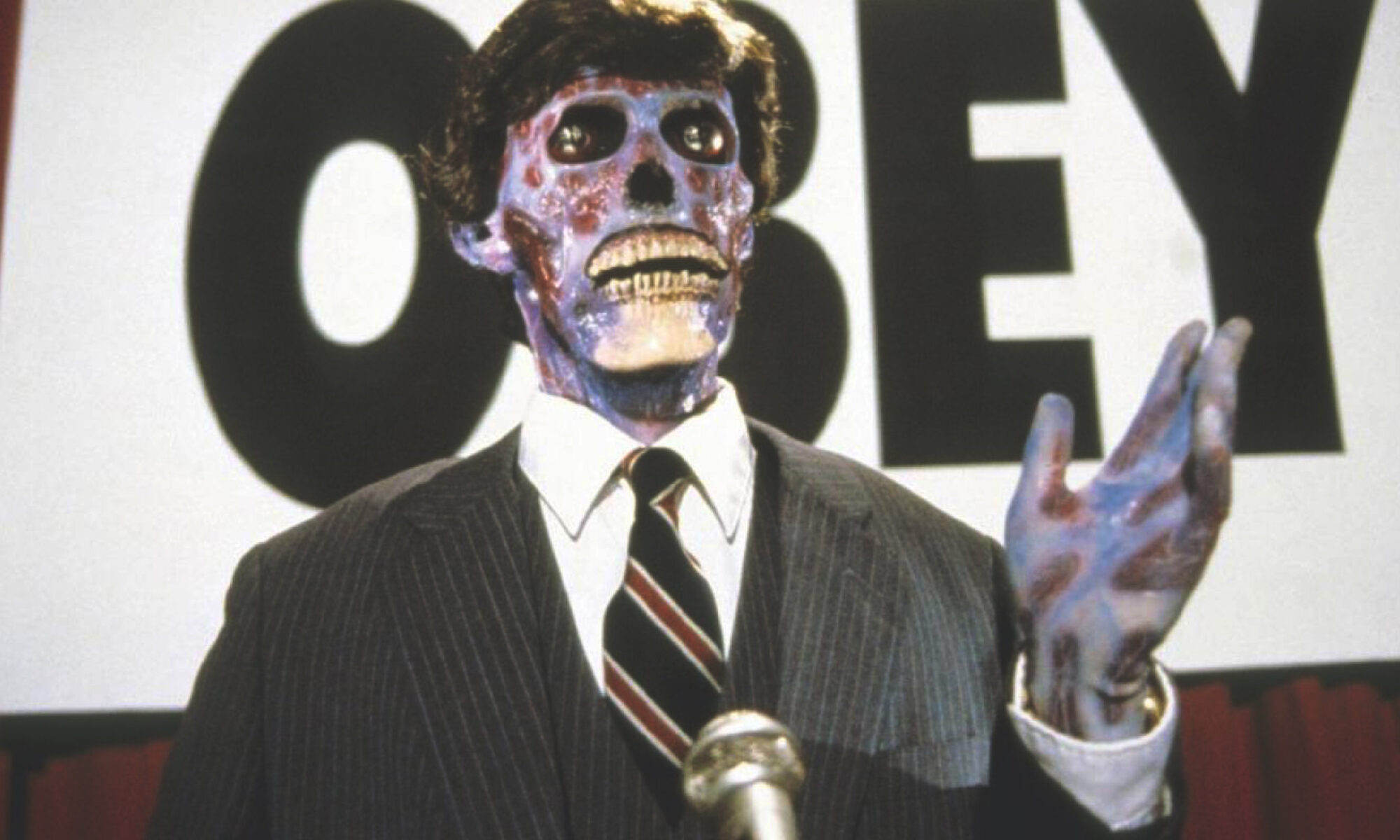 The supposed fallaciousness of conspiracy theories is often taken to reside in their theories, which are claimed to be false. Think about theories on how the coronavirus is allegedly produced in a Chinese lab or is seen as a hoax. Similarly, in the documentary Behind the Curve, which deals with the conspiracy theory that NASA is hiding from us that the Earth is flat, flat earthers do their experiments and formulate arguments why they believe the Earth is not a globe. It is often easy to spot the mistakes in their experiments and notice how they ignore counterevidence. Conspiracy theories are thus false from a scientific point of view: they present themselves as skeptical and rational theories, but are in reality easily debunked and simply false.

However, the history of science is full of examples of scientists whose experiments fail, and who ignore counterarguments and falsifications. That does not seem to be a good argument against the value of science in general, so why should it count against conspiracy theories? I therefore wish to explore another path here. The fakeness of conspiracy theories resides instead in the desires at work behind them, the desire for explanations.

This desire for explanations seem self-evident and most people are willing to accept its central role in scientific practices. Some philosophers of science contest this, a controversy typically framed as the realism versus antirealism debate. Is explanation the ultimate aim of science? Realists say yes, but positivists and empiricists say no. According to the latter, the desire for explanation stems from the belief that there is a deeper reality, hiding behind the phenomena that does the work of ‘explaining’ them. For positivists, this desire for explanation is not a scientific, but a metaphysical desire. But more importantly, for them, it is typically also the wrong desire for science. Instead, one should expect from science to fulfill other desires. For example, according to Bas van Fraassen science should desire only theories that are empirically adequate, regardless of whether they’re metaphysically true. The metaphysical desire for explanation is either confused or simply misguided, because its aim is impossible to achieve. The goal for science is not finding the ultimate truth about reality, but giving us the capacity to predict and control our environment, in order to improve our lives.

However, positivists are a minority. Explanation remains at the center of most philosophy of science. Similarly, conspiracy theorists thrive on this desire for explanation and the need to find underlying causes that can explain historical events. What to do with this desire? How to diagnose it? One way out is to say that it is a legitimate and natural desire. But there are other options.

One such option is that of genealogy, that is, to trace back the origins of the prominence of this desire for explanation. Fons Dewulf, for instance, is doing this for 20th century philosophy of science: how has philosophy of science as a field transformed itself into one where explanation became one of the central topics of concern? At the beginning of the 20th century, authors such as Pierre Duhem, Ernst Mach and Otto Neurath all agreed that explanation was not the way to go for science. According to Dewulf this genealogy shows not so much a rational progress that puts explanation at the center where it belongs, but mainly a contingent path where accidental choices and the Second World War made explanation a central piece of how we nowadays understand science. This story shows how the desire of explanation does not have to be central to science, but did become prominent in philosophy of science due to contingent historical reasons. In that sense, similar to misguided philosophy of science, conspiracy theories may be wrong in their desire for explanation.

But another take on this desire for explanation is an anthropological one. As I explored in an earlier article on conspiracy theories, this starts from the perhaps provocative claim that conspiracy theories are not theories at all. Though they are called that way, it would be misleading to understand the activity of conspiracy thinking as first of all that of constructing a theory. Rather, conspiracy thinking is a transformation of another, non-theoretical desire. Compare this with an argument given by Arnold Burms and Herman De Dijn against the quest for certain knowledge. They argue that the theoretical interest in knowledge that is certain is rooted in another desire, namely the desire for trust. Trust is broader than the need for a rational foundation of one’s beliefs. For instance, we hope that the trust we place in people is justified, that we do not appear deluded in our attachment to some political ideal or that we are not incorrectly attached to the moral standards we profess. It is a desire not to be fooled and to be in touch with a reality that counts. In that sense, trust is not so much a problem of knowledge, but an existential problem: how should I live my life in a way that I’m not deluded, but focus on what really matters?

Nonetheless, philosophers tend to frame the problem as a mere theoretical one. Why? Burms and De Dijn refer to Richard Popkin’s book The History of Scepticism (1960). The book argues that there is a strong connection in the 16th century between the Reformation and a renewed interest in ancient skepticism. The existential question in Europe about how to make sure one follows the right faith is translated into the theoretical problem of the certainty of knowledge. This translation is appealing because both desires differ in one fundamental respect. While we all experience the desire for trust, there is never an ultimate guarantee that this trust in others and our own convictions is warranted. Or more strongly put: it is often the possibility that we might be mistaken in our convictions or political stance that give them their value. They are not certain but require a certain commitment, a leap of faith. On the other hand, a definitive answer to the foundational problem of knowledge is at least conceivable. Philosophers have since long believed, and often still do, that they can solve the epistemological question. This is why it is so appealing to translate the existential question into a theoretical one.

It is easy to see how something similar works in conspiracy theories. Although they typically present themselves as embodying a theoretical desire, their concerns may instead be grounded in an existential one. Conspiracy thinking then stems from a desire for meaning, not for knowledge. The conspiracy theorist wants to avoid that what he or she considers important in the world is actually just a side issue or deception. In the contemporary world, which is flooded with often contradictory information, this is tricky thing to hope for. The result is the lifelong personal search for the ‘truth’ without accepting any mediating agencies like the ‘mainstream media’.

Empirically verifiable facts play a subordinate role in this, and can therefore, for example, simply be contradictory. The most famous case of this is highlighted in a paper from 2012. In their survey the authors found a correlation between the belief in the conspiracy theory that Princess Diana was killed and the belief that she is actually still alive. Similarly, believing that Osama bin Laden was still alive was no obstacle for simultaneously endorsing that he already died years before. What matters to the conspiracy theorist are not the concrete hypotheses or descriptions, but the desire to come into meaningful contact with this (supposedly) underlying reality in order to arrive at existential certainty. But this existential desire is something found in all humans to some degree. Such an existential desire is not a deviation, but plays a meaningful and even reasonable role in the behavior of us all.

What then is the problem with conspiracy theories? Given that their main aim is not theoretical, it is unhelpful to focus on how they fail to live up to the rational standards of science, whatever they may be. Instead, the problem is not so much that they fail to be good science, but why they aspire to do so: they misuse scientific rhetoric to overcome the inherent fragility of the existential desire for trust by translating in into a question about scientific certainty.

But according to Burms and De Dijn, the inherent fragility of this existential trust and the accompanying possibility of loss of meaning is precisely the core of the existential desire. One is interested in the opinion of a loved one insofar as that person can also find your work worthless; or the relationship between parent and child gets its intensity precisely from the fact that it is such a fragile and contingent relationship (‘why exactly do I love this child?’). There are, of course, attempts to ground the love for one’s own child on sociobiological theories by reducing it to a certain genetic predisposition. Morally, such a foundation doesn’t really make any difference, but it gives the illusion that this meaningful relationship has a truly stable foundation. It translates the existential question into a question about knowledge.

Conspiracy theorists aim for something similar: they long for meaning, but falsely pretend to ground it in so-called matters of fact. A concern about what to trust becomes a theoretical problem to solve. This transformation of the original existential desire is problematic, in the same way that a reasonable concern whether one can trust one’s friends can be transformed in an unhealthy obsession to find the empirical ground for this trust by spying on and interrogating them, mistrusting everything they say and do. Indeed, it soon starts to resemble … conspiracy thinking. In this sense, conspiracy theories are not so much false theories, but false desires.

One Reply to “Conspiracy Theory and False Desires”